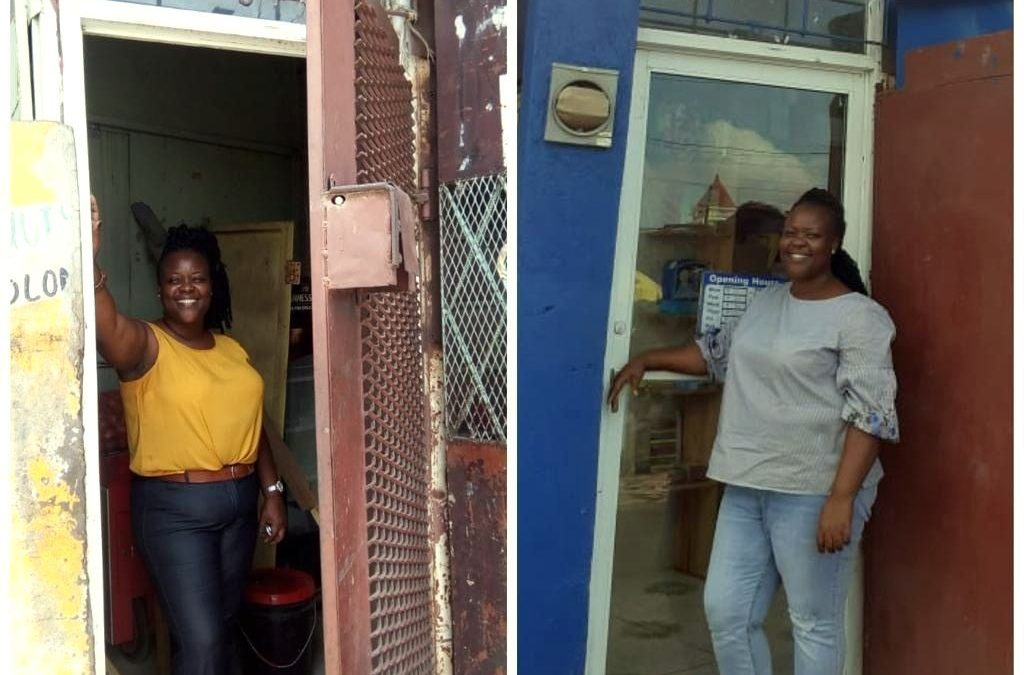 My STRUGGLES Re-ignited my VISION

It is always said that most of the essential lessons that are needed to be learnt in life are taught at the most downwards slopes in our lives. Yes! It is at these moments when we feel bombarded, lack-lustered, drained and confused…confused towards our next moves, next journey, next chapter and even start asking ourselves ‘is this really the end?’ But let us look on the brighter side for a while from the perspective of a life which exemplifies the good, the bad and the ugly that can happen to someone, that saw the relishes of making the right decision/s to the ugliness of having to sit in slumber and watch her life swing in the hands of government authorities, awaiting their decisions, all due to negligence made on her path. Let’s take these lessons of relentlessness and resilience learnt by Lorraine ‘Broady’ Mason to unfold and re-ignite the steady lessons that we need to put our lives on track towards the next level.

‘Who is Broady’ and her Early Years in Business
In her early years of business ‘Broady’ as everyone knows her, was relishing the monopoly effect and advantage of having a liquid detergent and wholesale business within the May Pen market. She explains, ‘During the time my husband and I were front runners in the field, hence we were doing extremely well, we had about ten (10) employees at the time and were turning our heads towards finding another location’. A vision that she always had within the back of her mind from her early days as she learnt a lot from her peers and friends who were older than her and had experiences in that field of business. Thus, there was always a burning desire to push her way within the business field as she wanted the best for herself and her family. She went further to explain ‘the journey was a tough one, I had rough days in my early years onto the moment when I started but I always knew that the lessons from my friends or peers would always be of value’. Hence, we can relate and see why ‘Broady’ didn’t let these lessons go to waste. Throughout her early years she vastly grasped the important aspect of treating people with respect, love and admiration as most of her customers who are still buying from her and employees who are still working with her will tell you of her passionate and beloved character. Her broad smile will always warm your heart as her optimum desire was always and still is to ensure that the customer is pleased at all times. She noted that ‘it was always a blessing to see those smiles on my customers’ faces as I knew the struggles are real to most of them and if it is a smile I can offer they would definitely feel pleased enough to re-visit again.
When the Profits came DOWN
As many Jamaican business owners within the wholesale and supermarket sector who are operating from the

more affluent late 90s towards the latter parts of the 2000s will tell you of the sudden dampened sales that they experienced when people of the Chinese descendant came over to do business within the town of May Pen.  Back then there wasn’t much “Chinese” in the town doing business and hence, we were more dominant within the field, thus our profits were bigger, however that seemed to change rapidly as presently just by counting the number of Chinese owned businesses on the Main Street of May Pen alone will definitely ring a bell to understanding what type of pressure was felt on business owners of the parish at the time. Thus, it is easy to see why Broady was also in line to how quickly one’s profits could slide from the way side of mountain’s highest peak, down to the wash away meeting of a river and sea. Broady explained, ‘I was hesitant and felt a lot of anxiety as the speediness of the downfall in profits left me scampering to find new ventures and ideas in time periods that were extremely short, as most our profits at the time were going back straight into keeping the business afloat’. Thus, a lot of things were sacrificed on the side of legality and this also included that of the Tax Administration and other government authorities. Decisions that are still plaguing her onto this point.

At the point BANKRUPTCY hit
You know the ole saying ‘when it rains it pours’, pours and even widens within scopes that we always think are invisible or even beyond our greatest vision towards even realizing that such dilemmas could even happen to us. In Jamaican we tend to underestimate the aspect of bankruptcy as many believe that this is a perspective or notion that only the rich and ‘affluent of affluents’ should worry about. You know; the millions or billionaires or celebrities that seemed to be attached with the aspect of monetary regime. Thus, Broady at the time was not even of the mindset that a letter from the tax office outlining some enormous figures, owed by you, the said business owner could have you experiencing high blood pressure, sleepless nights and distilled relationships? Broady explained, ‘What made it so traumatizing is that it wasn’t even a matter of the physical part of it which I cared less about, but the mental torture that this brought caused me to feel at many times that I was going crazy. “What kept me afloat was seeing my kids daily as I knew in the back my mind that I had to go through this for not only myself but for them also’. Tax Office, NHT and NIS became something like business partners, as their officers would visit daily leaving demand notices which then turned into summons that had me going back and forth in court”. The burden of suffering from her ignorance within the tax administration field plagued her mind and drew her closer to lessons that she learnt that are now like fortunes that pushed her to the next level. The amounts shown to be paid was therefore just too exuberant thus, she was advised by a close friend to file for bankruptcy. A step that she researched and sort many other professional advices on how to do, however when she was told that she would get rid of that huge figure to be paid at the tax office she didn’t hesitate to prepare the documents needed. Within this time, she had to pause business for a while as she needed the time to rethink, refocus and to get some type of rest, she explained was madness to her. Anyone who knows Broady knows that she’s a lover of people thus, it was not only the business aspect of it that soaked her sanity towards disarray but also the fact that she was disconnected from her customers. Hence they plagued her phone daily with calls and texts of how much they missed her, therefore it was only a year (13 months) after that she told and convinced herself that hey! “I need to find a way back to my beloved business”. A vision which unfolded in May 2018 of the preceding year she closed.

With pressures coming from her customers daily to reopen, Broady was trapped mentally to make a decision on what to do. The mounted calls, texts and visits were quickly becoming a constant reminder of the great privilege that she had to offer a service that ultimately pleases her customers. Also, the burden of withholding her dream was also weighing down on her mind. She lamented that ‘the regret that I had would taunt me daily, I could literally feel my anxiety rushing and this was something that ultimately became part of my well-being’. Hence, my direction and enthusiasm led me to take a next shot at it, my husband and daughter made it their point of duty to motivate and encourage me right throughout the process – and can I tell you, the additional support was such a blessing; “A strong support system is everything! Trust me”. With ‘Broady’ back on her feet, realizing her mistakes and an idea of the direction to go in quickly called her accountant Kmar Henry to register a new wholesale business of which she called ‘Broady’s Supersave Wholesale’ to operate at the same spot. She would take additional business skills training with Action Coach and also ensure that she learnt as much as possible within the tax criteria of what is to be filed and their deadlines. Now a new woman, Broady was extremely determined to not make the same mistakes again. Not only business wise, a lot of reservations where made within the investment sector, as she ensured to make saving her number one priority.
Broady’s advice to others?
Broady’s key advises stretches within the field of taxes; as she strongly believes that every business owner should understand the filing aspect behind starting and operating a business successfully, investing; she explains that this is what separates us from overthrowing the Chinese as they’re far more vivid within the field of setting away cash reserves, thus they are better equipped to weather any financial storms that us Jamaicans may face. Another advice that she lamented was the importance to keep a steady relationship with a business banker and an accountant in order to guide you within the right direction. This she highlights is extremely pivotal taking you from one level to the next. A lesson which she is certainly benefiting from as she just recently opened her second business within the last twelve (12) months; Cover to Cover Books & Stationery Supplies.

For more inspiration feel free to visit our Blog to see more insightful articles like these. Do remember to also get Social with us below:
Like us on: